What Does the Bible Say About Baptism? 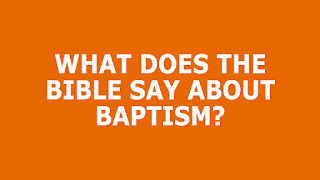 WHAT DOES THE BIBLE SAY ABOUT BAPTISM?

1. FORESHADOWED in the Flood & Old Testament
(1 Peter 3:20-21) because they formerly did not obey, when God's patience waited in the days of Noah, while the ark was being prepared, in which a few, that is,eight persons, were brought safely through water. 21 Baptism, which corresponds to this, now saves you, not as a removal of dirt from the body but as an appeal to God for a good conscience, through the resurrection of Jesus Christ
2. John’s ministry of baptism POINTS TO JESUS
(Mt 3:11) I baptize you with water for repentance, but he who is coming after me is mightier than I, whose sandals I am not worthy to carry. He will baptize you with the Holy Spirit and fire.
3. Jesus was baptized because it was GOD’S PLAN
(Mt 3:15) But Jesus answered him, “Let it be so now, for thus it is fitting for us to fulfill all righteousness.” Then he consented.
4. In Jesus’ baptism we SEE THE TRINITY
(Mt 3:16-17) And when Jesus was baptized, immediately he went up from the water, and behold, the heavens were opened to him, and he saw the Spirit of God descending like a dove and coming to rest on him; 17 and behold, a voice from heaven said, “This is my beloved Son, with whom I am well pleased.”
5. Jesus LED HIS DISCIPLES
to baptize others (John 3:22) After this Jesus and his disciples went into the Judean countryside, and he remained there with them and was baptizing.
6. Baptism was the FIRST STEP of being a disciple
(John 4:1) Now when Jesus learned that the Pharisees had heard that Jesus was making and baptizing more disciples than John
7. Jesus COMMANDS us to baptize believers
(Mt 28:19) Go therefore and make disciples of all nations, baptizing them in the name of the Father and of the Son and of the Holy Spirit
8. Baptism was always connected with REPENTANCE AND BELIEF
(Acts 2:37-41) v.38 And Peter said to them, “Repent and be baptized every one of you in the name of Jesus Christ for the forgiveness of your sins, and you will receive the gift of the Holy Spirit.”
9. Baptism was always IMMEDIATE
(Acts 2:37-41) v.41 So those who received his word were baptized, and there were added that day about three thousand souls.
10. Baptism was always by IMMERSION
“baptizing at Aenon near Salim, because water was plentiful there” (John 3:23)
11. Baptism is always by a biblical, Christian church leader, with a BIBLICAL understanding of baptism
(Mark 1:1-11) “baptism of repentance for the forgiveness of sins.”
12. Jesus said baptism is a PICTURE of faith
(Acts 1:5) for John baptized with water, but you will be baptized with the Holy Spirit not many days from now.”
13. For UNITY, not division
(1 Corinthians 1:10-17) For Christ did not send me to baptize but to preach the gospel, and not with words of eloquent wisdom, lest the cross of Christ be emptied of its power.
14. BAPTISM ALWAYS FOLLOWS SALVATION
Peter commands the Gentiles (non-Jews) to be baptized when they had already received the Holy Spirit (Acts 10:47-48)“Can anyone withhold water for baptizing these people, who have received the Holy Spirit just as we have?” 48 And he commanded them to be baptized in the name of Jesus Christ. Then they asked him to remain for some days.

The Ethiopian eunuch was EAGER when he saw water, asking, “See, here is water! What prevents me from being baptized?” (Acts 8:38)

What Does the Bible Say About Christian Identity? 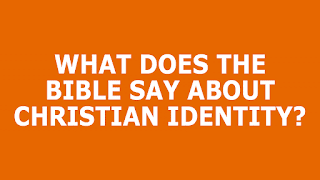 WHAT DOES THE BIBLE SAY ABOUT CHRISTIAN IDENTITY?

The Gift: New Identity
The greatest gift of Christianity is not merely a future existence in Heaven, but is the present and eternal reality of a relationship and unity with Christ (John 15:1-11, 1 Corinthians 6:17).  As Christians we must realize that we are not products of our past or present decisions, failures, or successes.  Our identity, value, & worth are rooted in our new name and identity in Christ.  We focus on knowing God first and foremost and simultaneously discover our amazing nature as God’s forever adopted children.
In Christ, I am…
In Christ, I am…
Truly Alive.  Alive Forever.
Washed.  Cleaned.  Declared Innocent. Atoned. Not Condemned.
Victorious.
Loved.
Secure.
Known.
Heard.
New Creation.
Empowered Representatives.
Justified and Made Righteous.
Filled with God’s Holy Spirit.
Never Alone.
Blessed.
Chosen and Adopted.
Forgiven.
Friend.
Part of the Body of Christ.
United with God.
The Temple of God and of Priceless Worth.
Inconceivably Rich.
Children and Heirs of God.
Saints.
Salt of the Earth.
Light of the World.
Purposed.
Strengthened.
Called to Not Fear or Worry.
Comforted and Comforters.
Citizens of Heaven.
Crucified, Buried, Risen, and Free with Christ.

How Can I Be Sure I'm A Christian? 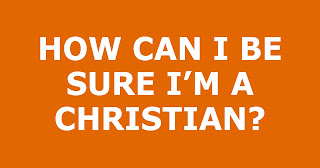 HOW CAN I BE SURE I'M A CHRISTIAN?

Works of the Flesh vs. Fruits of the Spirit: What best describes you?
The “works of the flesh” are evidence for unbelief and an eternity in Hell.
The “fruit of the Spirit” evidences God’s saving work and eternity with Christ. (Galatians 5:16-24)

[19] Now the works of the flesh are evident: sexual immorality, impurity, sensuality, [20] idolatry, sorcery, enmity, strife, jealousy, fits of anger, rivalries, dissensions, divisions, [21] envy, drunkenness, orgies, and things like these. I warn you, as I warned you before, that those who do such things will not inherit the kingdom of God.
OR
[22] But the fruit of the Spirit is love, joy, peace, patience, kindness, goodness, faithfulness, [23] gentleness, self-control; against such things there is no law. [24] And those who belong to Christ Jesus have crucified the flesh with its passions and desires.
Parable of the Sower: What category of “soil” best describes your response to the good news about Jesus?
(Matthew 13:19-23 ESV)
Only the fourth ("good") soil below describes a genuine Christian.
4. [23] As for what was sown on good soil, this is the one who hears the word and understands it. He indeed bears fruit and yields, in one case a hundredfold, in another sixty, and in another thirty.

Do You See These Three Characteristics in Your Life?
The Book of 1 John Helps Us to See Characteristics of Truly Converted and Saved Souls.
I write these things to you who believe in the name of the Son of God that you may know that you have eternal life. (1 John 5:13)
1. Obedience to God's Commands?
2. Forgiveness?
3. Love?

Evidence for Jesus: Was Jesus' Life, Death and Deity Real? 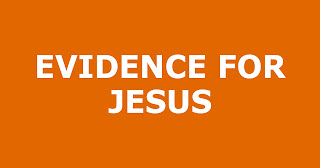 INTERNAL EVIDENCE (inside the Bible)
Attests to Jesus’ Deity, Existence & Death
Scriptural Consistency, Prophetic Claims, Eyewitness Accounts, Internal Consistency, Corroborating & Circumstantial Evidence Archaeological Congruence & Evidence, Scientific Evidence, Jesus' Claims of Deity, Disciples Claims of Deity Jesus Predicts His Death & Resurrection – Mk 8:31-33, 9:30-32; Mt 20:17-19
Prophecies and Fulfillment of Christ
Do you know the odds of Jesus fulfilling just 8 prophecies? It is 1 in 10 to the 17th power (1 in 100,000,000,000,000,000).
Do you know the odds of Jesus fulfilling just 48 prophecies? It is 1 in 10 to the 157th power, (or 1 in 10,00,000,000,000,000,000,000,000,000,000,000,000,000,000,000,000,000,000,000,000,000,000, 000,000,000,000,000,000,000,000,000,000,000,000,000,000,000,000,000,000,000,000,000,000,000,000,000,000,000,000,000,000).
Consider the odds for all 300+ prophecies (www.accordingtothescriptures.org/prophecy/353prophecies.html )
“I am trying here to prevent anyone saying the really foolish thing that people often say about Him: I’m ready to accept Jesus as a great moral teacher, but I don’t accept his claim to be God.
That is the one thing we must not say. A man who was merely a man and said the sort of things Jesus said would not be a great moral teacher. He would either be a lunatic — on the level with the man who says he is a poached egg — or else he would be the Devil of Hell.
You must make your choice. Either this man was, and is, the Son of God, or else a madman or something worse. You can shut him up for a fool, you can spit at him and kill him as a demon or you can fall at his feet and call him Lord and God, but let us not come with any patronizing nonsense about his being a great human teacher. He has not left that open to us. He did not intend to.”
- C.S. Lewis, Mere Christianity
“The Bible was written over a span of 1500 years by forty different human authors in three different languages (Hebrew, Aramaic, and Greek), on hundreds of subjects. And yet there is one consistent, non-contradictory theme that runs through it all: God’s redemption of humankind.”
Hank Hanegraaff in “Bible Reliability”
http://www.equip.org/articles/bible-reliability-m-a-p-s-to-guide-you-through-bible-reliability/
Is Jesus Really God’s Son?
Whoever speaks the truth gives honest evidence, but a false witness utters deceit. (Proverbs 12:17 ESV)
If in Christ we have hope in this life only, we are of all people most to be pitied. (1 Corinthians 15:19 ESV)
but in your hearts honor Christ the Lord as holy, always being prepared to make a defense to anyone who asks you for a reason for the hope that is in you; yet do it with gentleness and respect, (1 Peter 3:15 ESV)
Was Jesus More Than Just a Good Man?
EXTERNAL EVIDENCE (outside the Bible)
Attests to Jesus’ Deity, Existence & Death
Manuscript & Bibliographical Evidence, Eyewitness Accounts, Corroborating & Circumstantial Evidence, Archaeological  Evidence, & Scientific Evidence
Below quotes from: Paul Maier in Did Jesus Really Exist? & Joseph and Josephus www.4truth.net ,also: The Case for the Real Jesus by: Lee Strobel

“there is more evidence that Jesus of Nazareth certainly lived than for most famous figures of the ancient past” Paul L. Maier, The Russell H. Seibert Professor of Ancient History, Western Michigan University How Can I Become a Christian? 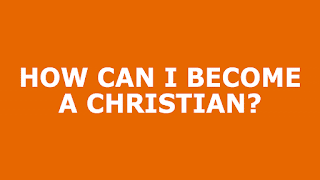 1. Understand and believe that God is the Creator of the Universe
God created us and has authority over us.
We will give an answer for our lives.
2. Acknowledge and confess your sinfulness
God's Commandments are His perfect standard of Holiness.
Admit that you are not good.  Turn away from you sin and turn towards Christ.
3. Believe that Jesus died on the cross and rose from the grave
Realize that Salvation is by Faith (trusting in Jesus, loving and valuing Him more than anyone or anything) and not by works.
Affirm that Jesus is God and is the Only Way of Salvation. Salvation is not possible by obedience in Judaism, not through Mohammed's revelation of Allah (Islam), not through Buddhism or Hinduism, not by good works, and not through Jehovah's Witnesses or Mormonism.  Salvation is only available through Jesus.
4. Call out to Jesus in prayer to be in charge of your life
Publicly place your trust and faith in Him.
Submit and yield to His Lordship.  Let Him be in control of your life. 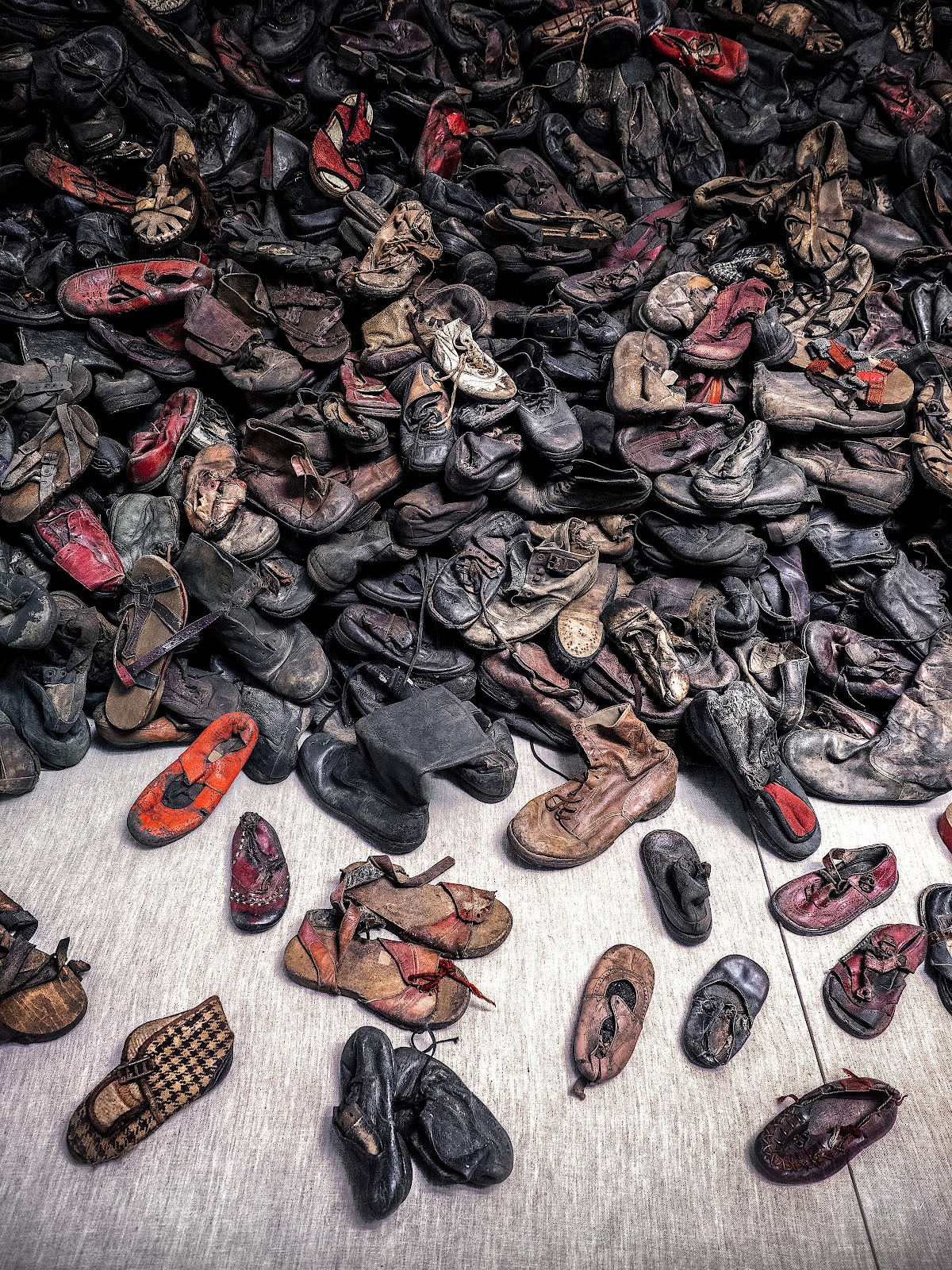